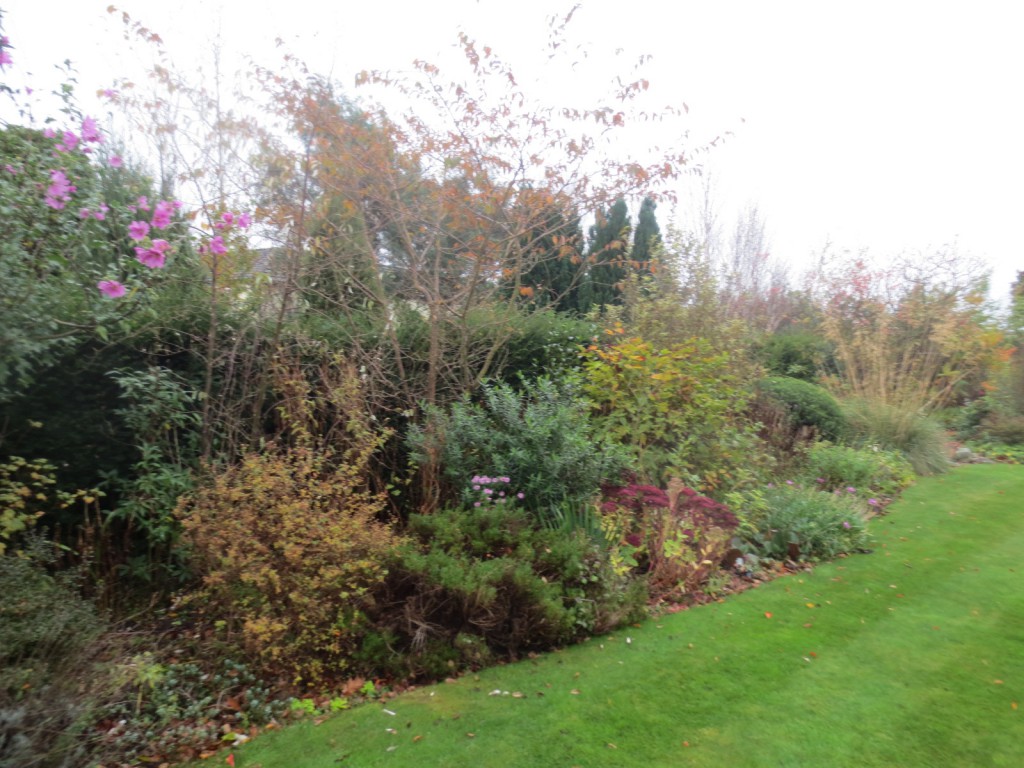 It has been such a mild autumn that many of the trees and shrubs in the garden are still holding onto their leaves. I have been picking half hardy flowers from the cutting garden until this week.

However, we are now starting to get some frosts at night so the time has come when I absolutely have to start sorting out the tender plants in the garden.

I am thinking in particular about my pelargoniums, fuschias, and dahlias, all of which should now be brought inside. Each of these need slightly different winter maintenance plans.

The pelargoniums have to be kept frost free with a minimum temperature of 5 degrees. I will repot those plants which have been in containers, and dig up, trim and pot up those growing in the borders. It is a shame because they are looking wonderful but if the foliage is frosted then they will die. I bring my mature plants into the house and put them on a south facing windowsill as they need as much light as possible. Keep the soil moist and the room dry. If you can keep your greenhouse frost free then the pelargoniums can be stored there, but again make sure there is some air flow and it doesn’t become too dry. I used to have a large collection of scented pelargoniums but lost virtually all of them in the winter of 2012, so now have just a few varieties that I particularly like.

Need to be dug up or taken out of their baskets and cut back to 6 or 9 inches. The roots should be kept moist over winter either in a pot or wrapped in sacking or thick newspaper, but they can be put in a frost free garage or similar as they will become dormant over winter and started back into growth in March. If you have a frost free greenhouse they can be kept in leaf overwinter.

To dig up or leave in the ground, that is the question? I have tried both ways, but now always dig up the Dahlia tubers . We dig them up, remove the foliage and put them upside down for a day or two in the greenhouse, then you can store them in shallow wooden boxes and cover them with dry sand or compost – possibly from your summer pots. I put mine in the round plastic containers used for bird fat balls. If frost is threatened then I put the lid on! Again the tubers should be stored in a frost free place. If you have free draining soil which doesn’t get waterlogged you could try leaving the tubers outside and put a few inches of mulch on the soil, but I find that my soil is too wet and slug infested to do this.

Now is also a good time of year to get outside and assess what needs doing in the garden – choose a nice day and take your camera out and take a few pictures to record what looks good, and what needs a bit of help! I try to keep a photographic record throughout the year, and generally start off pretty well in April, but by July/ August I have let things slip. However, now is a good time to look before all the perennials vanish underground.

On the subject of photos, we were lucky to have Joe Wainwright taking a photography class in October – here are some of the pictures taken. Aren’t they brill? 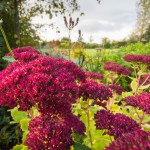 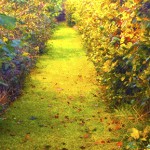 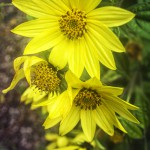 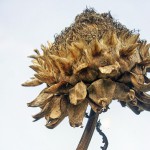 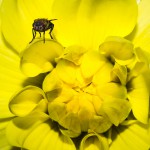 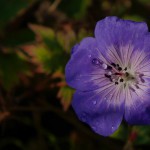