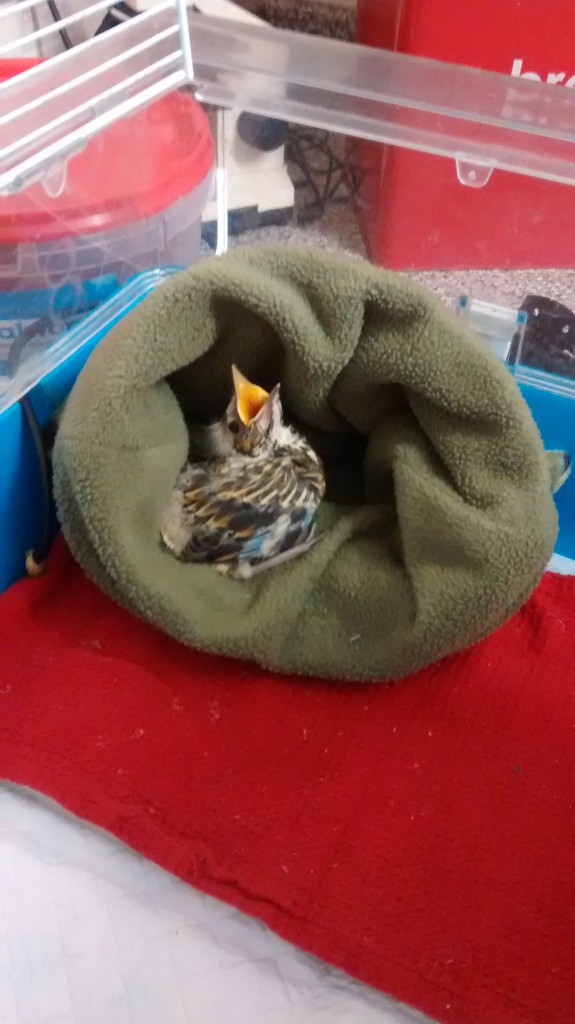 Observing and looking after wildlife is definitely on the agenda here at Fieldcrest this month.

We have been watching Springwatch for the last two weeks and marvelling at all of the wonderful wildlife that we have in Britian. We are also preparing for Cheshire Wildlife’s Open Day here at Fieldcrest this Sunday, 11.00 am – 4.30 pm. The Cheshire and Wirral team will be here with information , two local artists will be sketching in the garden, and there will be tea and cake! All welcome to come along. Entrance £4 to Cheshire Wildlife

We have had a very busy Spring, so here is some of our wildlife news.

BIRDS IN THE GARDEN

It has been a really good year here for nesting birds and we have chanced upon lots of nests around the garden.

Drama! We had a Mistle Thrush’s nest in a large conifer which had about 4 chicks in it. Imagine our horror when a large crow swooped into the tree and carried a chick off, then came back for another. At this point I ran out to the tree and managed to divert the crow who was coming back for a third. Simultaneously, something hurtled out of the nest and landed at my feet – it was a baby Mistle Thrush. After a long conversation with Paul we decided not to return the chick to the nest and certain death, so put it into a cardboard box and tried to find a rescue home for it. After a fruitless search for help, Clare from the Wallasey Hedgehog Rescue offered to have the chick. She

had prepared a nice home for it and a week later she released a fledged healthy mistle thrush back into the wild. So thanks Clare very much, but I wonder why there doesn’t seem to be a bird rescue place in the area – this is not part of the RSPB’s remit.

Birds are still rearing their young so putting birdfood out and water when it is dry is still very helpful to adult birds, and also leave cutting hedges and shrubs until later in the summer.

BEES IN THE GARDEN

Last year was a bumper year for bees at Fieldcrest. We had lots of bumble bee nests and many bumblebees all around the garden. This year we have a lot of buff and white tailed bumblebees, common carder bees, garden bumblebees and a few red tailed bumblebees, plus some honey bees who are no doubt flying up from nearby Merebrook House.

I decided to have a walk around the garden today to see which are the most popular bee plants at the moment, and these are the best. Bees generally prefer blue/purple and blocks of plants together are best, rather than scattered about the garden. They are also best in a warm, sunny sheltered spot. Remember that single flowers are better than double ones so that the bees can get to the pollen and nectar.

I must also mention the small flowers of the Heuchera ‘Chocolate Ruffles’ in the chocolate bed which has been absolutely covered in hoverflies and lots of other little insects.

Basically for bees, the more flowers the better, but sadly many of the bedding plants that we usually have do not generally attract bees.

Do let us know if you have any wildlife tips/pictures/items of interest, and hope to see some of you on Sunday. 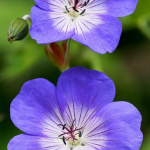 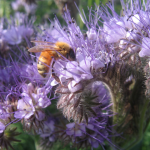 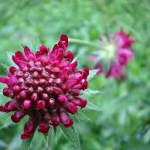